The title says it all! Mark Watts has put together a Kickstarter for some Amazing art, with some Amazing discounts! G1 fans will remember Mark’s art from the original box art and collector’s sheets that came with those toys! You would have also seen Mark’s art on school supplies during the 80s too! A Must See Kickstarter: Table-Art Wall Art!

In 1995, I picked up my first boxed Shockwave… I was a huge fan of the art, and was thrilled to have this boxed Decepticon as part of my collection! Back then though, I never thought I’d meet the original artist behind that art. I can say I have now, and it’s both an honor and a thrill, to spotlight this talented man and his product!

Tony’s a huge fan of Huffer, so he had to be near the top too!

A bit about the artist!

Mark Watts illustrated about 45 Boxes and Blister Packs for the Hasbro Transformers from 1981 onward… He did the very 1st G1 Transformers Blister packs, that developed the look for the Transformer Toy Boxes! -Those boxes we so adore!- Would you like to own some of that art?! Well you can at www.tableartstudios.com and www.markwattsstudios.com 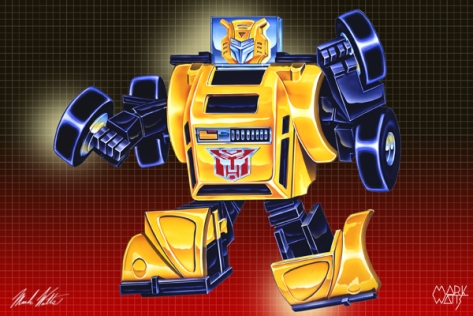 For you Retro Fans, you need to check out Mark’s Table-Art!
Mark’s art and designs are shown below, along with his full bio!

–
Mark Watts Artist Bio: Mark attended the School of Visual Arts in New York City and Temple University, Tyler Campus in Philadelphia. He has been creating great works of art for the past 30 years. Now with two studios, one in the rolling hills of Bucks County Pennsylvania and one in Sunny South Florida. Mark has worked for clients such as Walt Disney, Budweiser, The Rolling Stones, Warner Brothers Pictures, Paramount Pictures, Sony, Tyco Toys, Crayola, William Morrow Publishing, and Avon Books – to name a few! Mark has produced many illustrations for popular toys such as the Hasbro Transformers kids toy boxes and the Tyco Toys Crash Dummies boxes. Some of his most recognizable book covers were made into movies: The Odessa File, Day of the Jackel, and The Dogs of War. He created the logo Illustration for the Clint Eastwood movie Pink Cadillac. Mark also has done many paintings for Budweiser that were produced on their Limited Edition Collector Car Steins. His work has been displayed in many shows around the country and also at the prestigious Society of Illustrators Club in New York City. Mark was a featured artist on the QVC Home Shopping television channel. He was invited to display his work for the past few years at the Antique Auto Museum Hershey Pa. – The event is Night At The Museum. Another exhibit, of his work “Reflections” at the Sunset Cultural Center in Carmel, California in 2013, the Week of Pebble Beach Concours d’Elegance. Newest Show Press Release: BOCA RATON, FL (January 3, 2018) – The 12th annual Boca Raton Concours d’Elegance presented by Mercedes-Benz and AutoNation on February 23-25, 2018 at the Boca Raton Resort & Club announces the featured artist Mark Watts during a tremendous weekend of events including Tim Allen as the Gala comedian headline entertainer. The Concours will feature an unforgettable performance by Allen, an actor, comedian, author, and avid car collector at the Grand Gala Dinner, Auction & Show Sunday, February 25th sponsor, The Rick Case Automotive Group which will feature Jay Leno along with Tim Allen, the Gala headline entertainer as the celebrity judges.
–
Painting in oils, acrylics, and digital airbrush, Mark captures the essence of reflective surfaces such as cars and water. Some of his favorite subjects are classic cars, nostalgic scenes, and surreal Images. Mark Watts Studios is now offering Fine Art Limited Edition Giclee prints on Canvas and new Fine Art Aluminum prints. These Aluminum high gloss prints are brighter and more luminous than an LCD display from an HD display screen.

—
As always I’ve been busy, but I do plan to start posting more goodies soon!
-Screamers

The Date Has Been Announced For Retro Con 2019!! Hope to see you there! 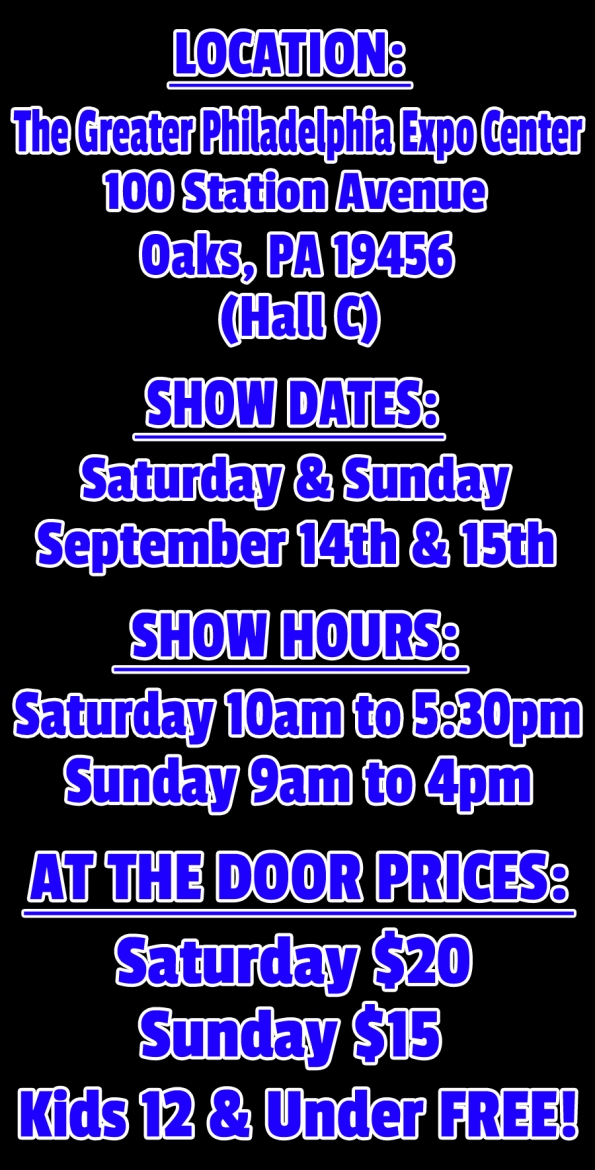 A Must Go To Convention

The Date Has Been Announced For Retro Con 2020!! Hope to see you there!

Adding My Favorite YouTubers to the site! If you’d like to be added, feel free to message me on Facebook! I’ll start this collection with one of my own! Yes, it’s been years since I’ve blogged!! [Photo below belongs to the amazing crew of Fandom Spotlite!]

Another personal favorite is Weird Paul, an original Vlogger from the 80’s!

This blog is in Loving Memory of my Dad, who always was a big kid himself! If not for him, I wouldn’t be the person I am today.

In Loving Memory Of Shadow & Big Daddy.. This blog is also dedicated to the two beautiful kitties, we lost over five years ago. Both lived to be very old kitties, and brought us lots of joy. 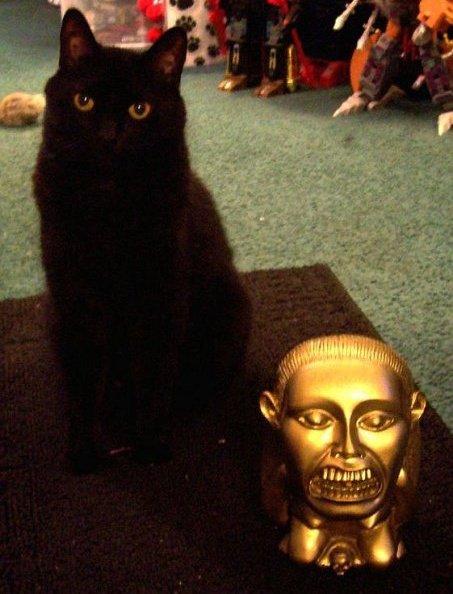 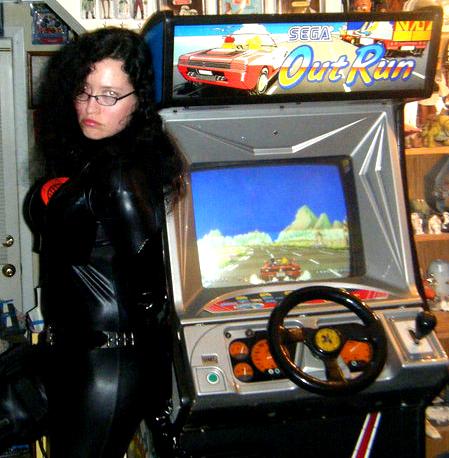 Those cartoons and shows I’ve listed, would have been nothing without the talents that directed, voiced and acted through out these shows, not to forget those that wrote each episode as well! This is that section of my website where I honor those talents and I tell a bit about what their doing now!

Some of my personal favorites!

Asteroids released in 1979 by Atari Inc. Asteroids was one of the most popular and influential game of the Golden Age of Arcade Games!

Berzerk was released in 1980 by Stern Electronics. Probably the best remembered feature of Berzerk was that the robots talked, this was one of the first video games to use speech synthesis. 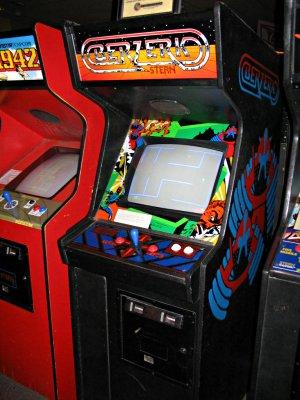 Breakout by Atari, introduced on May 13, 1976. Breakout was influenced by the 1972 arcade game Pong, also by Atari.

Bubble Bobble was an arcade game by Taito in 1986. The game becoming very popular and led to a long series of sequels and spin-offs!

BurgerTime a 1982 arcade game created by Data East. The game’s original title, Hamburger, was changed to BurgerTime before its introduction to the US. 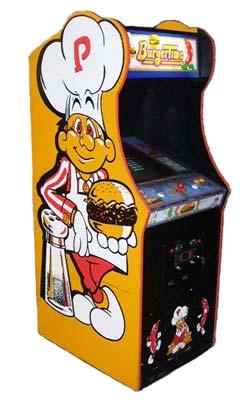 I’m just starting on these blogs.. You’ll find links attached these titles, as I write them!

This is that section where I spotlight my favorite toys and yes many of these toys do mix in with my favorite cartoons! [Above:  Baron Karza from the Micronauts line had been a villain favorite in the late 1970’s!]

He-Man: [Masters of the Universe]

Hugo: [Man of A Thousand Faces]

Planet of the Apes

Toys that were designed mainly for the girls! When it came to Cabbage Patch Dolls, I knew of a few boys to own these, but I still list it under girls.]

Spectra wasn’t a well known toy line like Barbie, but it’s always been one of my top favorites!

Get in Shape Girl

Stickers I remember having as a kid, yes I had a sticker book!! Still working on my Retro Blogging site updates, including fun goodies such as these! Remember the Wonder Bread Stickers, Wacky Packages, those puffy stickers, and that Scratch & Sniff stickers? I had them all! Here’s a few favorites! 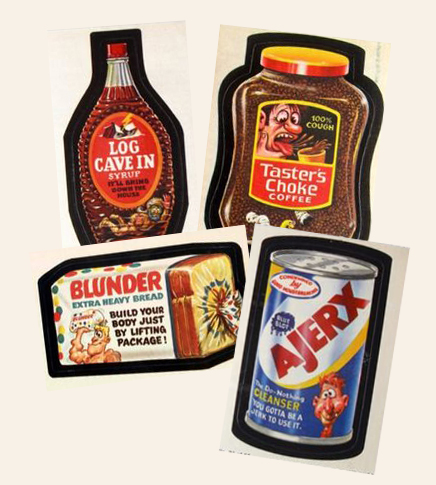 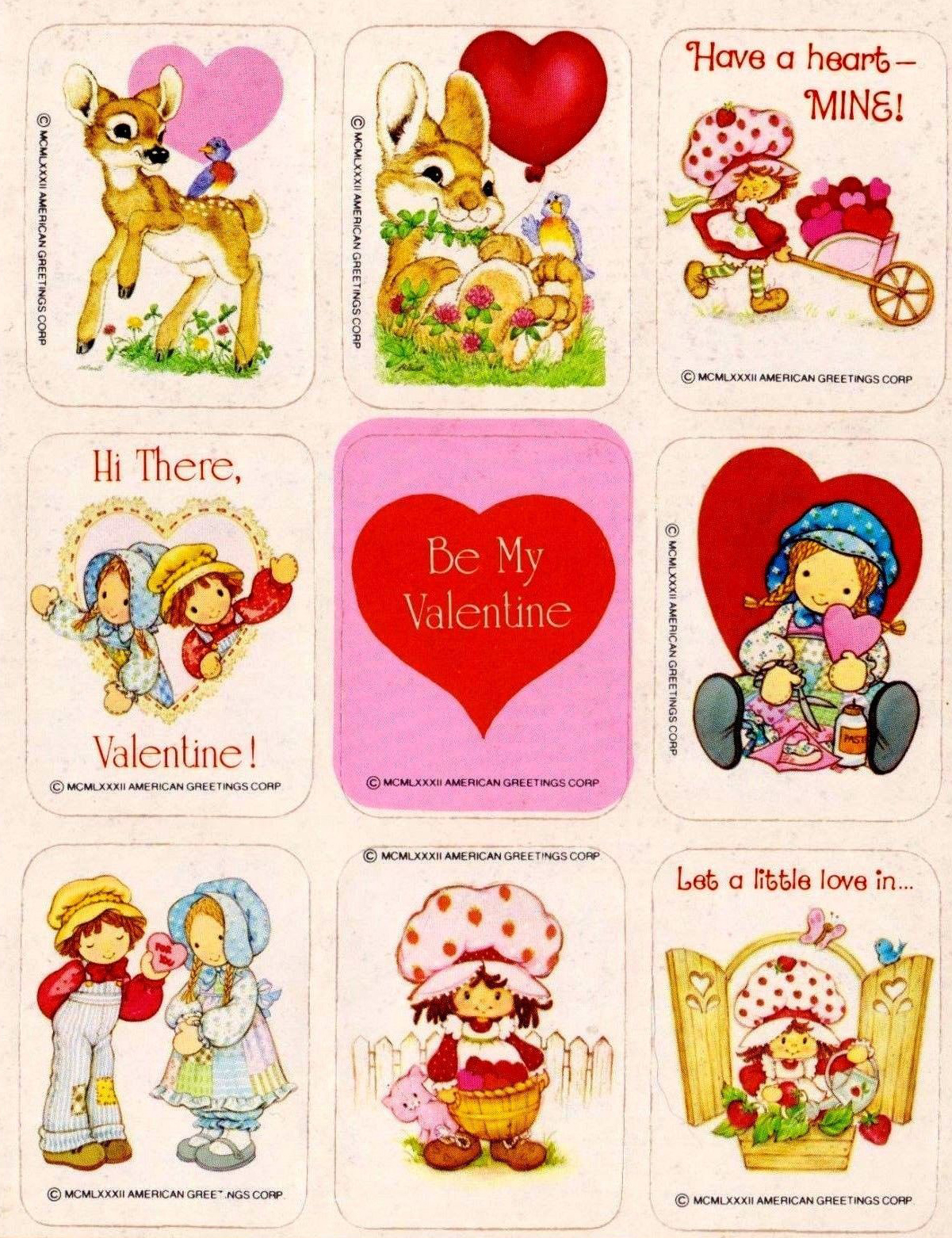 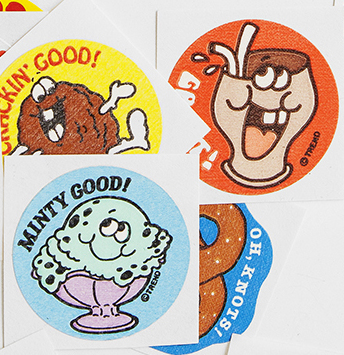 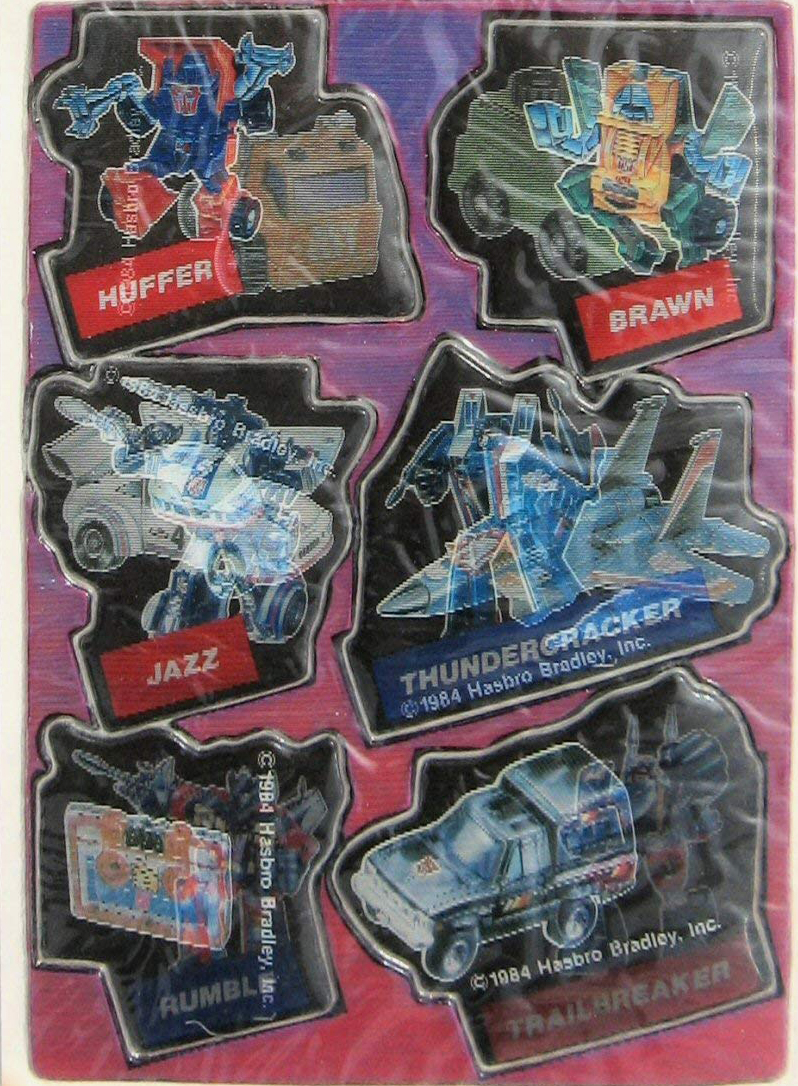 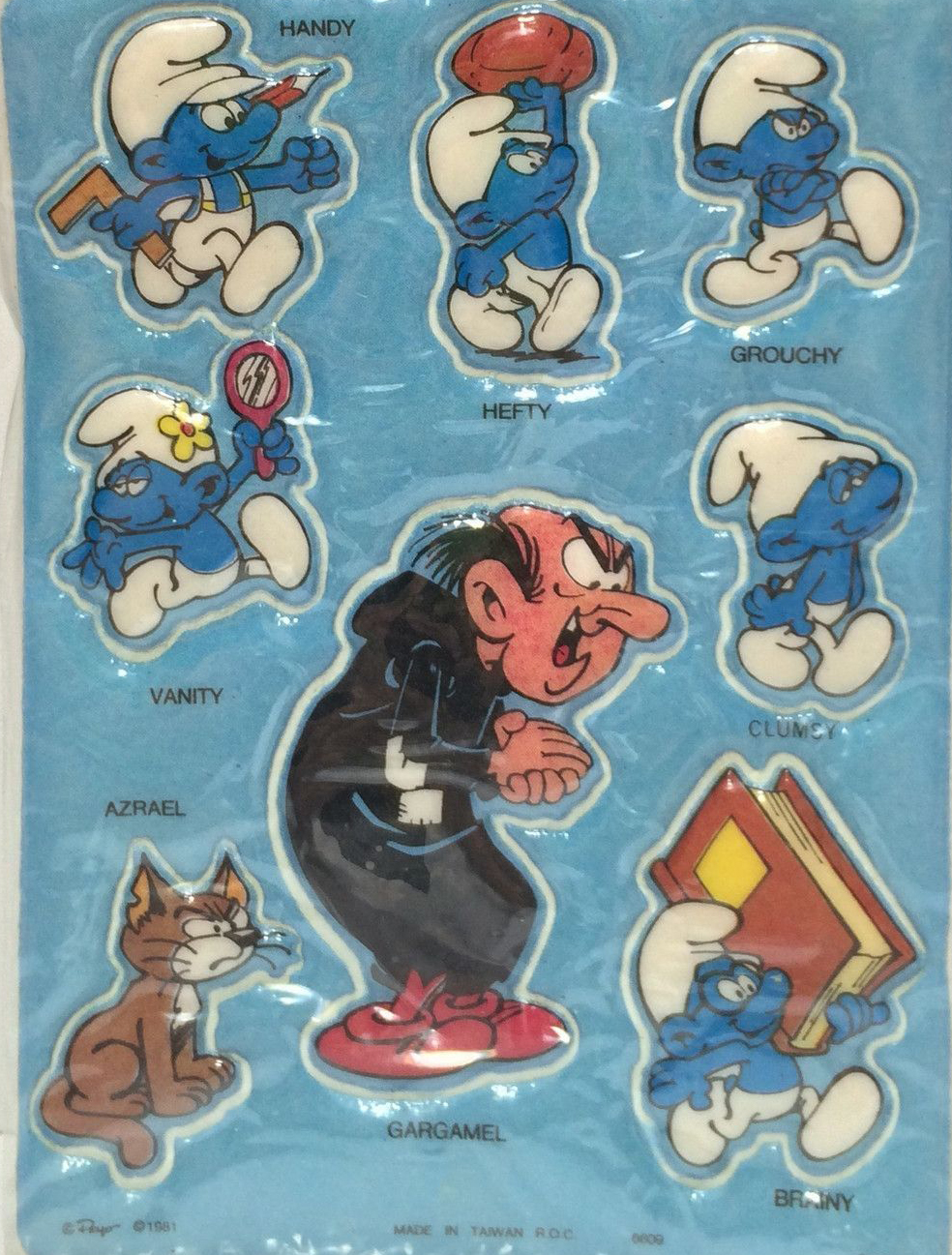 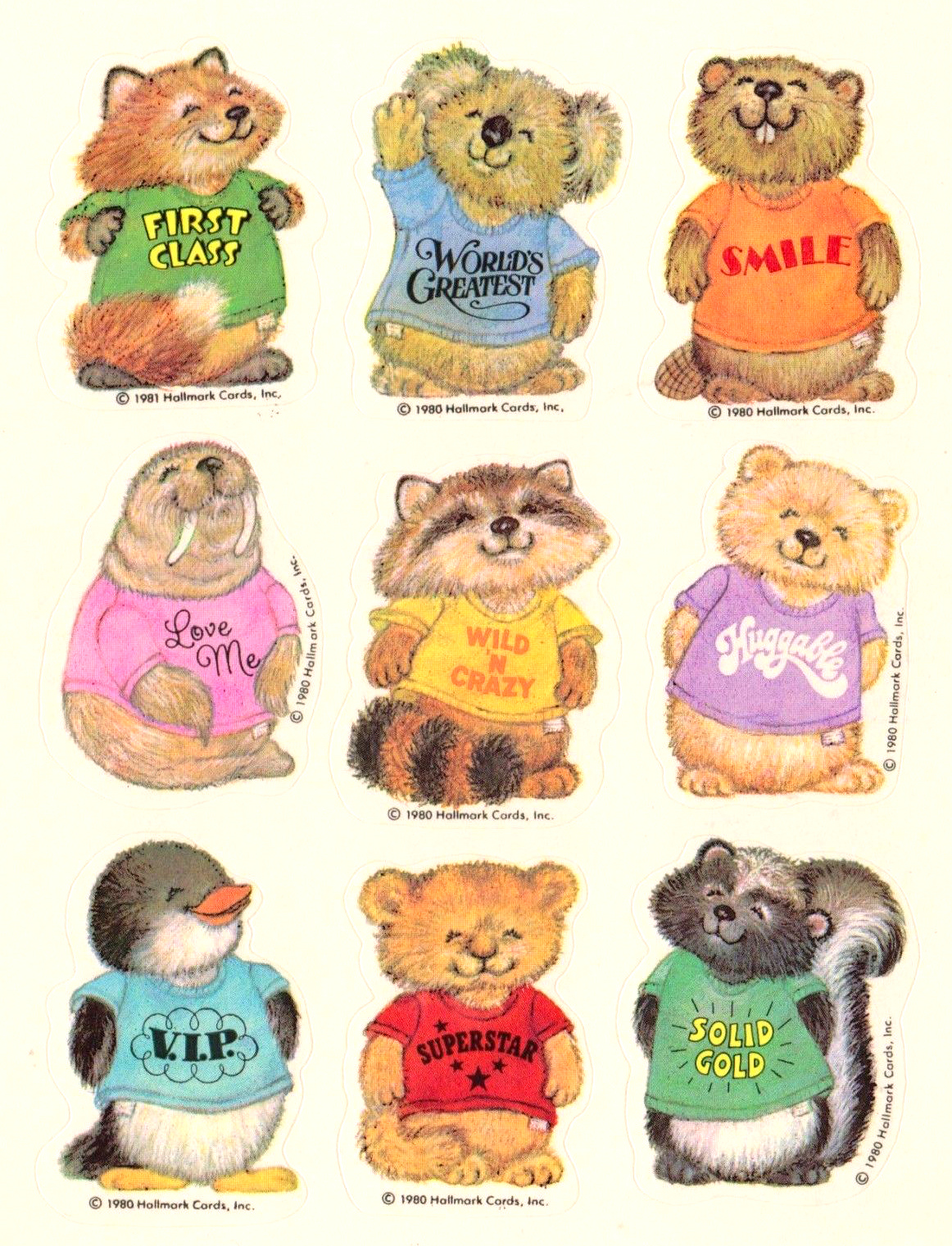 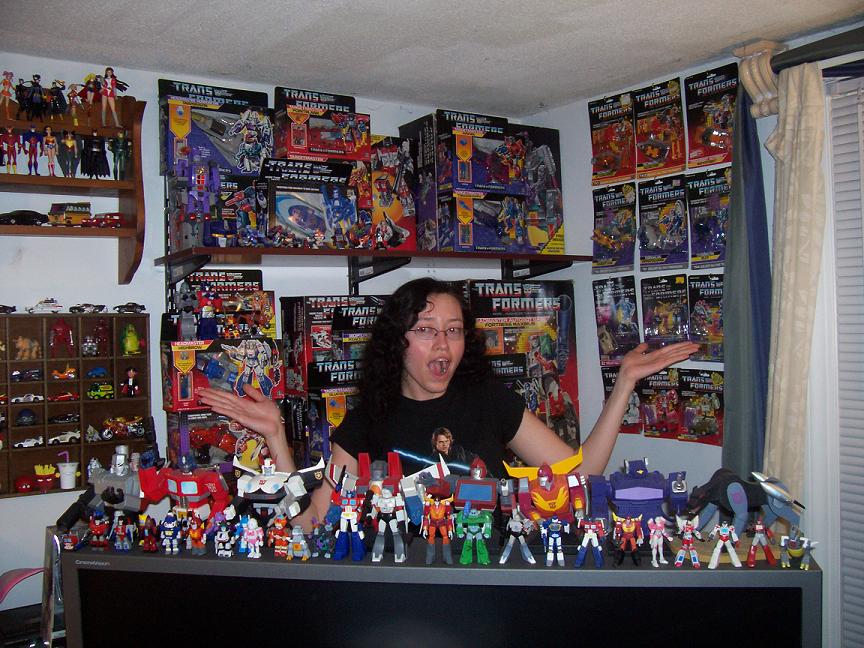 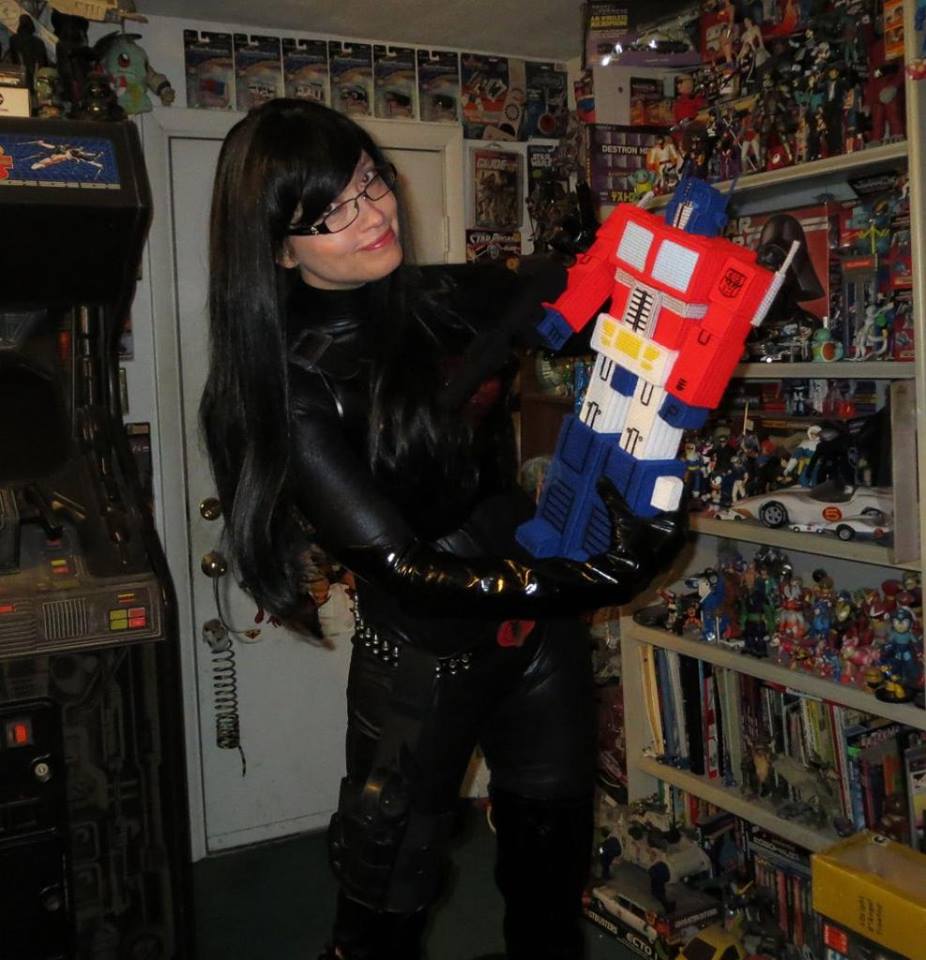 For those that don’t know me.. I’m a fan girl that happened to grow up in the eighties! Having fond memories of dropping countless quarters in the local arcade! I’m big into Spotlighting my friends through their Art and Cosplay! 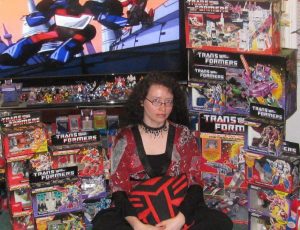 Follow a brilliant talent and a man I admire, Jack Angel at: www.jackangel.com! My Personal memories of Jack’s work, surrounds both Transformers and Voltron! 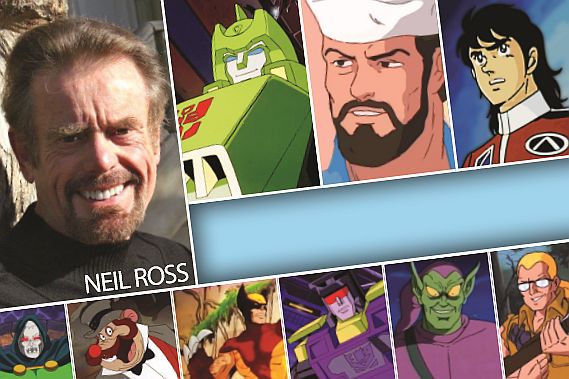 Brian Cummings, another brilliant and amazing talent I’m proud to call a friend. Follow Brian’s work on the following sites! www.thebriancummings.com or at www.briancummingsclassact.com

Richard Epcar has always one of my personal favorites, and a talented actor! He’s worked on many of my favorites shows! Including Robotech as Ben Dixon and Lupin the Third as Jigen! Follow Richard and his projects at: richardepcar.com 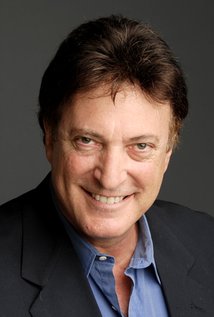 They Bring Your Childhood Heroes To A Convention Near You! www.celebworx.com

Dinner with Hank Garrett & Morgan Lofting, during a Joe Con!

For those that remember the seventies and eighties as well as I do, you’ll remember many of these wonderful talents from the Hanna Barbera cartoons! Who hasn’t watched Scooby Doo or the Flintstones? This part of my archive is to honor those favorite talents who voiced those cartoons and more!

A few of my personal favorites!! 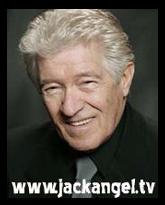 Arlene Banas, the original voice of Carly from [Transformers]

Corey Burton: The original voice of Brawn, Sunstreaker, Spike and Shockwave from [G1 Transformers] among many other characters! 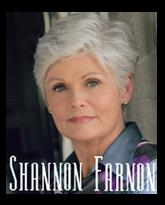 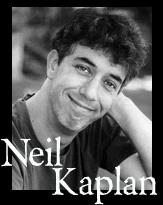 Neil Kaplan, One of my favorite Primes and amazing at Lightaber battles! [Transformers: Robots in Disguise]

Casey Kasem: Not only had he been big with the Top 40! But also with [Transformers] as Bluestreaker and Cliffjumper!

Larry Kenney: The original voice of Lion-O from [Thundercats] and Bluegrass from the [SilverHawks]

Morgan Lofting: The original voice of the Baroness [G.I. Joe]

Spotlights and links will be added to each actor’s name! Photo above taken with Arlene Banas, The voice of Carly from the G.I. Transformers series!

More names and photos to be added soon!

I remember going to the movies often through out the mid eighties. Seeing movie favorites such as, Back To The Future, Gremlins and Ghostbusters II! 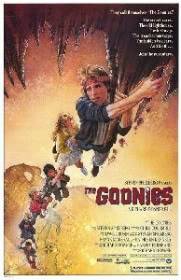 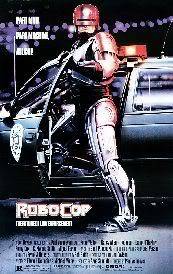 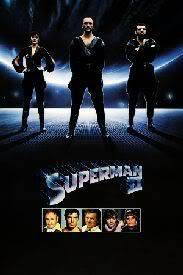 The toys I had as a kid!

Transformers first released in 1984, and has always been one of my top favorites in toy collecting! I remember getting my first Transformer in May of 1985, the Stunticon Wildrider. 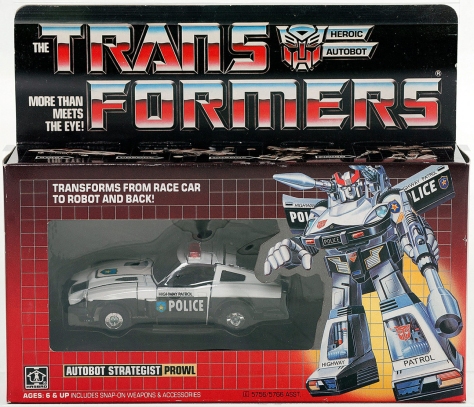 Battle Beast had been another personal favorite of mine, being introduced to the toys in 1986! I received my first in 1985, from my cousin Jodie!

I had been introduced to Strawberry Shortcake in late 1979 as I found a Blueberry Muffin under the Christmas tree! 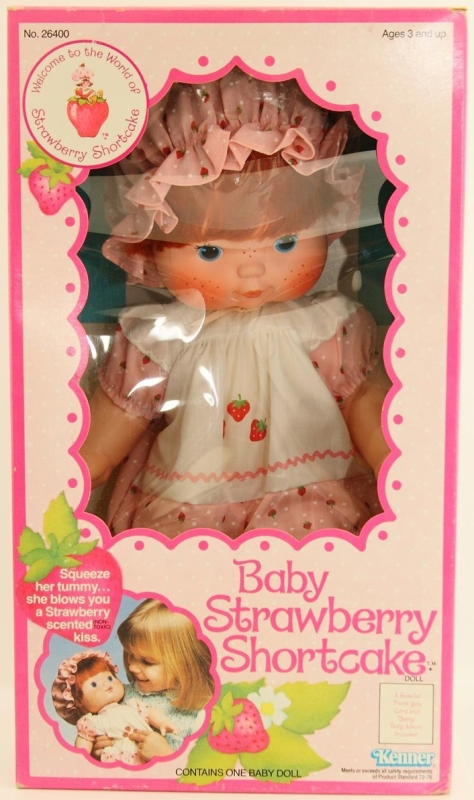 I remember wanting a Cabbage Patch kid so bad in 1983, but of course with the crazy it wouldn’t happen until Christmas 1984!

Rose Petal Place centers on my cousin Cathy, she had the doll first back in the mid eighties and I had just been so attracted to it, that now as an adult, I enjoy collecting the line! 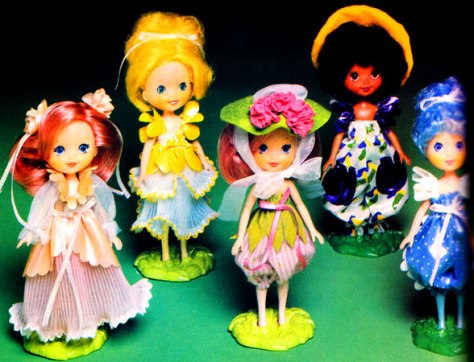 Personal memories regarding M.A.S.K. During the mid eighties my cousin Jamie had this crazy idea in regards to trading a Thunderhawk for my Rodimus Prime..Of course it never happened! In recent years though.. Thanks to my Tony, I now have a new found love for the toy line and we have every vehicle and action figure!

I remember my Sister having the Second Edition Jem Dolls, myself I was always the Misfit fan, mainly a Stormer fan. Today I have most of the dolls sealed in box, including the 2nd edition dolls!

I hadn’t played with She-Ra much as a kid, although I remember seeing toy line, in my twenties though, I started collecting the toys big time! I have most every figure loose and carded! 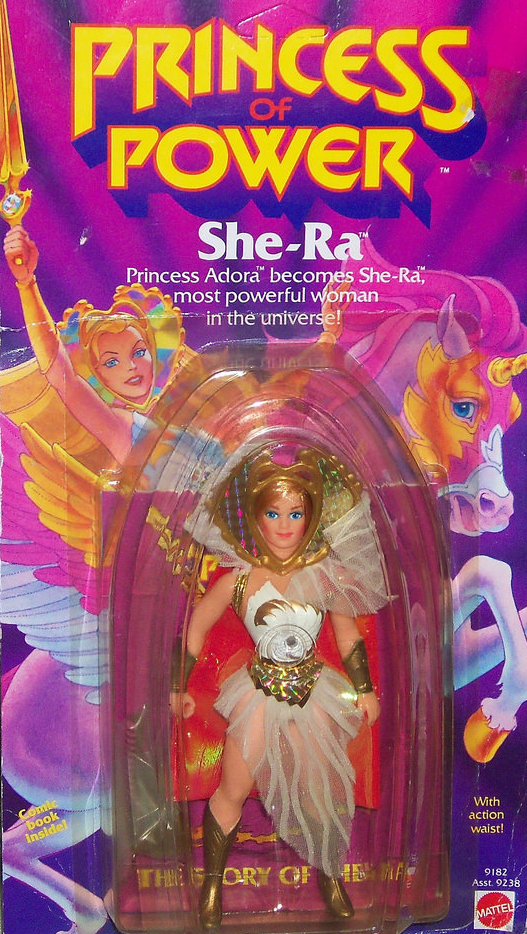